Pilates and Men or Pilates vs Men?

Pilates has become increasingly popular and more and more girls and women practice it … but what about men? The first answer I receive asking them if they have never done Pilates is: “what ???”

The second answer of those who, after having briefly explained that this is not a strange Macumba, but a physical activity, can relate pilates to something already seen in some fitness center or in a magazine, is “it’s a women thing!”

…Explain them that Pilates was a gentleman, not a lady … poor Joseph!

Well yes, Pilates is a discipline designed and developed by a man and although it is now more widespread among women (who first have recognised its benefits), remains very effective even for men, regardless of age, training and health.

In my career as a teacher I had some men as students, although in a lesser percentage and, by inference, I can say that in general there are two “classes” of men who embrace this discipline:

1- those very open-minded and informed (curiosity and enthusiasm)

2- those recommended by doctors, who for physical problems should get / stay in shape, but they can not do other sports (force major cause)

And all the others ??? …indeed, dear men, Pilates has never killed anyone: come on, step forward !!!!

1- Increase your flexibility: Men are generally more stiff then women … shouldn’t you start doing something about it ???

2- Working muscle groups that are not usually used in typically male sports / activities … you really still want to concentrate just on a nice pair of pecs … and look like hunchbacks / chimpanzees when viewed from profile?

3- gain awareness of center, strengths and how to use the body … or you want to go on and on lifting heavier weights and then ask “but how do I got a hernia ??? I went to the gym for years… look at this turtle !!! “

But let’s go further … why a man is usually reluctant to pilates?

1- PRIDE: to attend for the first time a class and feel “inferior” to almost all the women in there … it’s hard to swallow. Why inferior? Because the man usually has less elasticity and less control of his body for what concerns small movements and quality of movement … and feeling to make a huge effort simply to hold a leg extended or sit up straight, when the woman on the side , maybe even more aged, seems ready to sleep in that position … well … it’s a blow to your pride!

A– Pilates NO thanks!

B– If you endure for a while, even your muscles start to react and to grow … and at that point you will feel proud of yourself for not have gave up on the first strike.

2- PRIDE: tell your friends that you do Pilates “a women thing” … Do you know how they tease you ?? 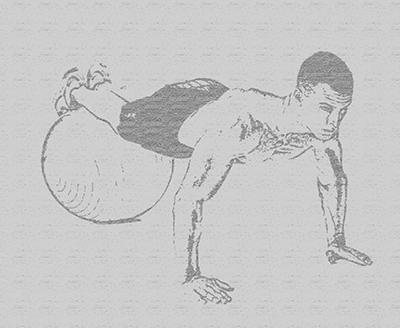 B- Do not say it to friends

3- IGNORANCE: in the sense that you ignore that Pilates is like a foreign language: You cannot think you want to change your life and come to live in Italy if you just know the words “pizza, pasta, ciao bella!” where do you want to go? Similarly, you can not expect to change your body and become aware of it and use it at its best if you do not learn before its vocabulary … Pilates is a means to achieve this knowledge.

A- Pilates NO thanks!

(You know … I’d go abroad, but I do not know English … obviously the fault is of the English that just does not want to be learned)

B- Stop ignoring that knowledge opens many borders … so many, that before you cannot even imagine …. 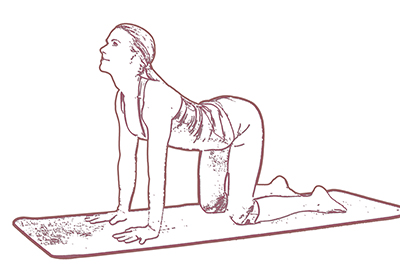 Try to be open to pilates with humility and curiosity … worst case scenario: you can always opt for an English course !!!

when you will be overtaken by despair in class: start to look at the world from new perspectives: without being seen, of course, turn your gaze to the nice girl who you did notice previously, stepping into the room,  … if you’re lucky the point of view will make you love pilates 🙂